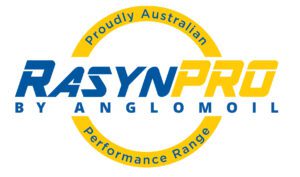 Have you ever wondered what is the difference between synthetic, full synthetic and a PAO synthetic? You’re not alone – the naming of lubricants has created a confusing array of terms and this makes it difficult to understand the differences between technology and marketing hype.

Polyalphaolefins (PAO) are “true” synthetic base oils – i.e. they are constructed from the reaction of smaller molecules rather than refined from crude oils. They have long been regarded as the gold standard for engine oils and this awards them the status of Group IV, a group that they do not share with any other base oil type. As they contain far fewer undesirable molecules than Group II mineral oils and Group III synthetics they actually solve a range of issues that are prevalent in high performance engines.

For example – higher viscosity oils help to protect engine components, so why don’t we don’t all use 30W-70? The problem is friction; thick oils require more energy to circulate around the engine, and this means a smaller percentage of combustion power reaches the road. But oil viscosity is only half the story. There is another parasitic loss called “traction”; this is the “internal friction” of oil molecules sliding past each other. True synthetic PAOs have such regular sizes and shapes that they easily flow past each other, reducing the amount of waste heat generated and increasing engine power delivery.

Just as honey thins out at high temperatures, so do engine oils. Standard engine oils require the addition of viscosity improvers to maintain oil viscosity under engine operating conditions. Over time these are susceptible to shearing in the engine, especially in highly loaded performance engines. PAOs have naturally high viscosity indexes so the engine oils require fewer additives to manage viscosity; this allows them to remain in specification for longer even under challenging conditions.

The opposite is true of cold temperatures – oils don’t freeze like water because they consist of a basket of molecules with different freezing points, but they do gel causing flow restriction at low temperatures. PAO’s exhibit excellent low temperature and pour point characteristics to offer maximum engine protection on startup, even in cold environments.

Heat destroys lubricants. Extreme temperature conditions typically encountered in areas such as the top ring groove and piston undercrown cause the base oil to thermally degrade. Coupled with oxidation, this creates sludge and varnish compounds that coat engine components, reducing clearances and thermal efficiency. To guard against this, high performance engine oils need chemically stable molecules. PAOs are both oxidatively and thermally very stable, because they contain far fewer undesirable aromatic molecules than group II mineral oils and group III synthetics. This makes them better able to withstand the higher temperature environments of race and modified engines.

So are PAOs perfect? Not quite. PAO’s can be detrimental to engine seals and have difficulty dissolving some common oil additives. To alleviate this PAO’s are blended with synthetic ester base oils to provide a blended base oil that does not have these negative characteristics. This combination is referred to as “PAO Ester”.

It is for all these reasons that RASYN PRO was formulated with a PAO Ester base oil. We didn’t cut any corners, so that you can attack corners with confidence.

Stayed Tuned to find out where you can purchase RASYN PRO.